Maybe my resolution for 2020 should be to do more than 8 of these. 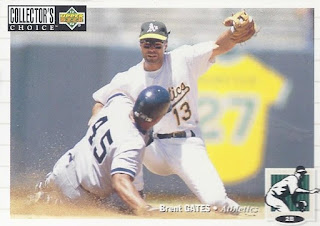 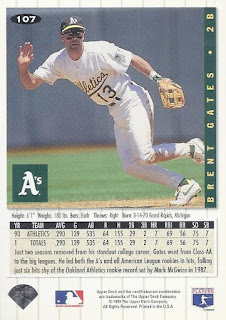 Front photo: Picking up the out at second.

Wiki-facts: "Brent Gates Jr. played hockey at the University of Minnesota and was drafted by the Anaheim Ducks."

Google it: My first 4 google entries were for the hockey player.

Birthday boy: March 14, 1970. One month off from my 2/14 PC. Former NFLer Thomas McLemore, along with musician Kristian Bush also came into the world that date. 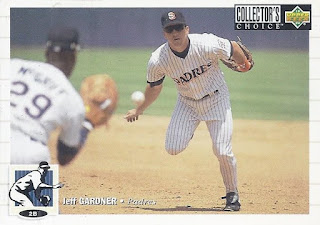 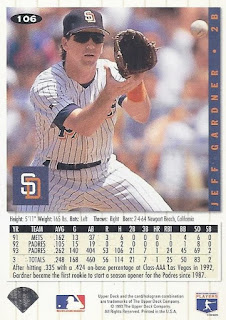 Better photo?: I'm always a fan of a well-framed photograph. Getting the ball as well as the first baseman in the photo is really nice. Easily the front.

Ties to my personal collections: Started with the Mets, and spent 1994 with the Expos. One of his first MLB cards, 1992 Fleer, is an error where he's listed as a pitcher.

Wiki-facts: "In 2014, he was listed as a member of the Arizona Diamondbacks' professional scouting staff"

Google it: Seems to think I want this autocompleted with 'Storage Wars'. There's a scrap metal artist in Oshawa, Ontario, who made several appearances on the Canadian version of the show.

Birthday boy: February 4, 1964. Nobody besides Jeff at any of the *-reference sites was born that date. Wikipedia doesn't seem to think anything else interesting happened that date either. 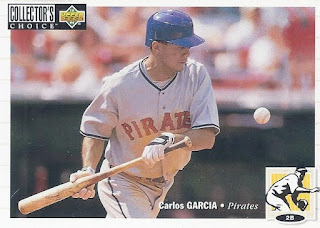 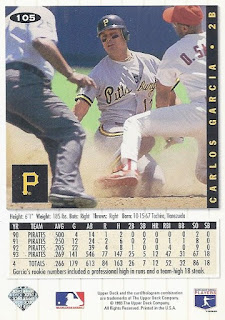 Back photo: Some infield play.

Better photo?: No contest. The front.

Ties to my personal collections: Would go on to play for the Blue Jays.

Wiki-facts: "In 2018, he became manager of the Acereros de Monclova of the Mexican League."

Google it: Google seems to think I'm more interested in the former mayor of Pico Rivera, California, than the baseball player.

How was his strike shortened 1994? He was the Pirates lone representative at the All-Star game, batting .277 with 6 HR and 28 RBI.

Birthday boy: October 15, 1967. He's the only MLBer born that date, but former NFLer Greg McMurtry was born that day as well. As was the 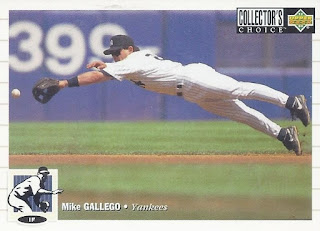 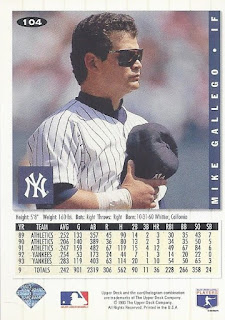 Email ThisBlogThis!Share to TwitterShare to FacebookShare to Pinterest
Labels: Yankees 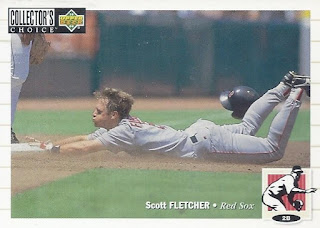 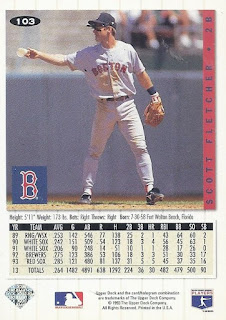 Back photo: On field chit-chat.

Better photo?: Great usage of a horizontal layout. The Front.

Google it: He is one of 4 Scott Fletchers on the first page. There's an entrepeneur, an actor and a missing man.

Birthday boy: July 30, 1958. No MLB alum were born that date other than Fletcher. 2 time decathalon gold medallist Daley Thompson probably highlights the day from the world of sports, and in the world of music, songstress Kate Bush began running up that hill on that date as well (maybe not, she would have been a little young). 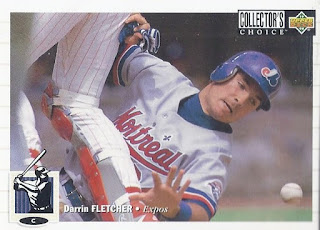 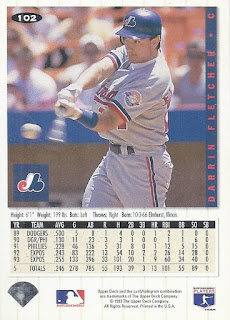 Front photo: A catcher confrontation in the dirt.

Back photo: Moment of impact.

Better photo?: It isn't the most flattering photo, as it almost seems like he hit the dirt for a wild pitch, but the front easily wins here.

Ties to my personal collections: He's an Expo here, and a future Blue Jay.

Google it: Looks like he's in the Illinois Fighting Illini Hall of Fame! 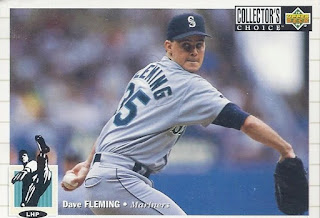 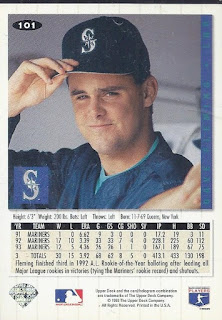 Better photo?: While it isn't super interesting, the back photo seems more like what I'd expect from CC in this time period.

Google it: It auto-completes for me with CFL. That's for 3-time Grey Cup winner Dave Fleming, formerly of the Hamilton Tiger-Cats. While that

would link to a PC, I don't have any of his cards.

Birthday boy: November 7, 1969. (nice). The only other person in the *-reference world born that date was NHL journeyman Michel Picard. Outside that, actress Michelle Clunie (Teen Wolf, Queer as Folk) was born 11/7/69.

Posted by buckstorecards at 12:43 No comments: 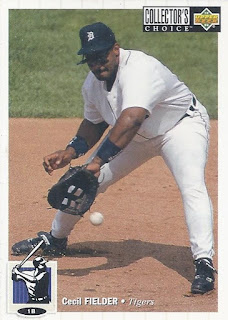 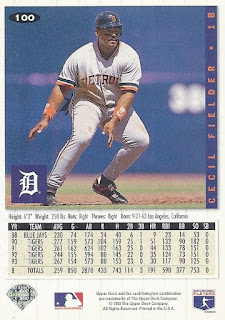