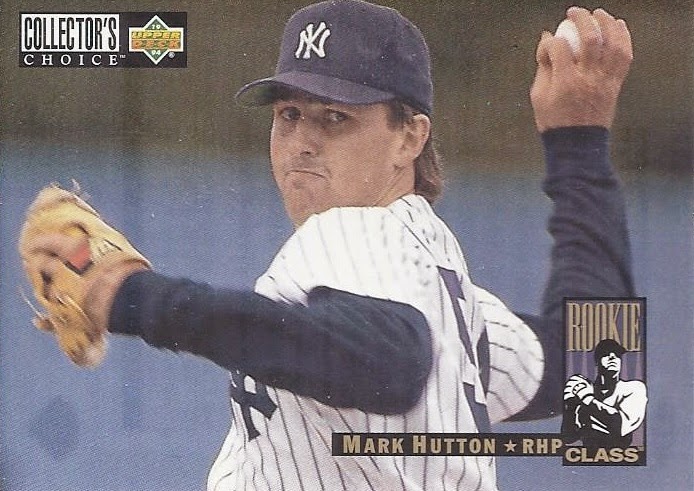 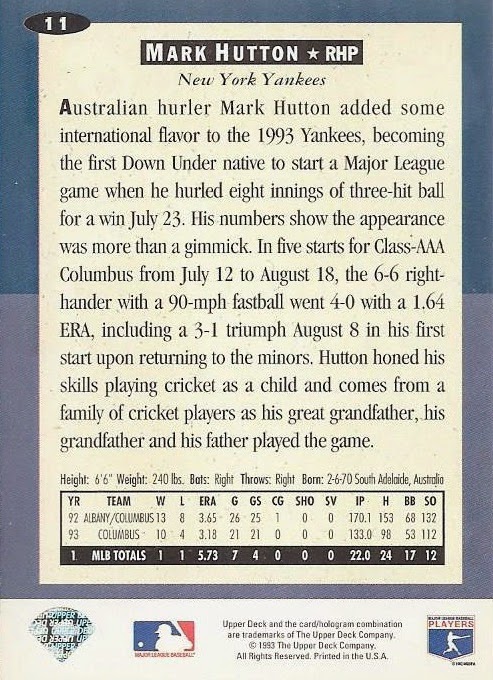 Front photo: Looks like an actual game shot. The blue walls in the background might mean it was from an actual regular season game at Yankee Stadium. For some reason, the hologram on the back scanned all the way through to the front.

Ties to my personal collections:  None, so I have to start playing 6 degrees of Separation on this. He'd never play for any of the teams I'd collect. So, I'll try birthdays, and I can make a connection with birthdays. He shares a Feb 6th birthday with a quartet of future Raptors. Carlos Rogers. Shawn Respert. Antoine Wright. Kris Humphries. Considering only 11 NBAers in history were born on that date, that's mighty impressive.

Wiki-facts: The fact Mark was the first Aussie to start a game in MLB, which leads off this card isn't even mentioned there. His playing for the 2000 Australian Olympic baseball team is as interesting as it gets.

Birthday boy:  Born February 6, 1970. Per Frandsen, who had a decent career in English soccer, and also represented Denmark at the '92 Summer Games. But., that's also the same as Chinese mass murderer Zhou Kehua. Maybe the various reference sites can make things better. Nothing at baseball. Nothing at baseball. The same for football and hockey. So, the soccer guy it is.

Posted by buckstorecards at 13:04 No comments: 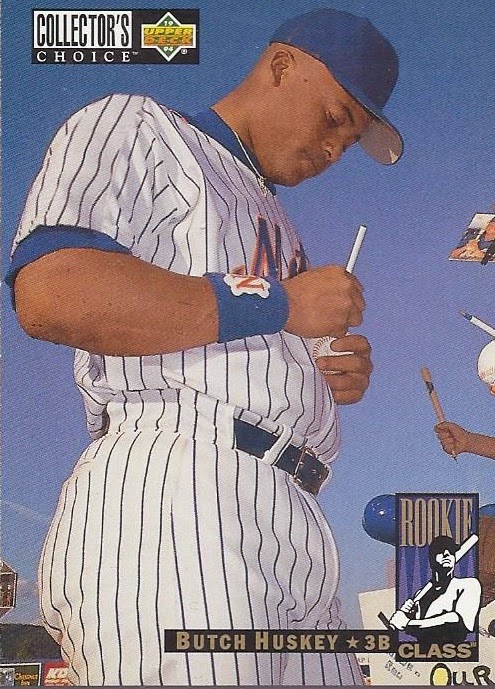 Front photo: An autograph signing photo. First one so far in this set with a different photo that really fits the Collector's Choice theme.

Baseball miscellany: Was one of the players to be grandfathered in with regards to wearing #42. It also repeats the factoid from the back of the card about making his debut on the losing end of a no-hitter.

How was his strike-shortened 1994?: Spent the entire year in the minors.

Ties to my Personal Collections: Played for one of the teams I collect, and I have one of his autopgraphs out of Leaf Signatures.