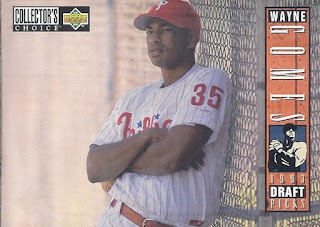 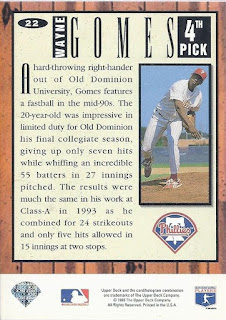 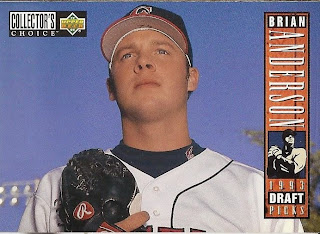 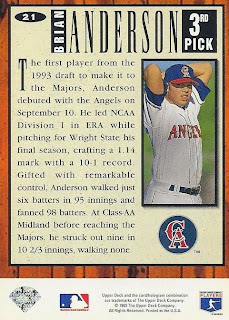 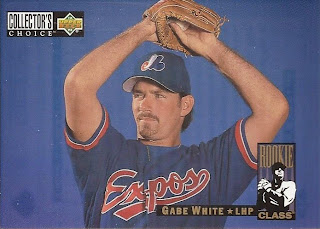 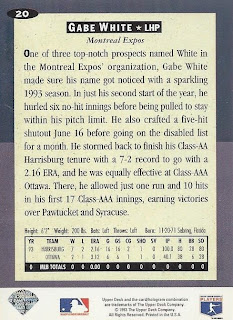 Back photo: N/A. Actual photos on the back debut with the next card!

Ties to my personal collections: He's an Expo on this card!

Birthday boy: November 20, 1971. Same as short-term Met Kevin Lomon, of whom I pulled his only Mets card in my first ever Fairfield repack. Also born on that date was NFL HOFer Michael Strahan.