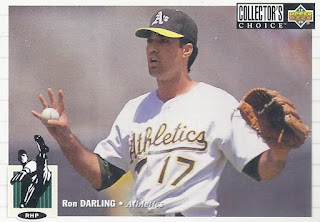 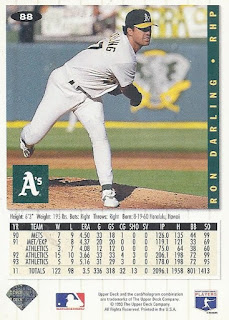 Front photo: Reacting to something?

Better photo?: Whatever he was reacting to deserved a full extension with the horizontal photo. I'll pick that one.

Ties to my personal collections: Former Met, and also a former Expo. He never received any cards from his 3 game (0-2, 7.41) stint in Montreal.

Wiki-facts: "Darling began his college career for the Yale Bulldogs in the Ivy League as a position player, and did not pitch regularly until his sophomore season."

Google it: There are so many fun things when you search through his video results. How about him discussing the curveball with Neil Degrasse Tyson?