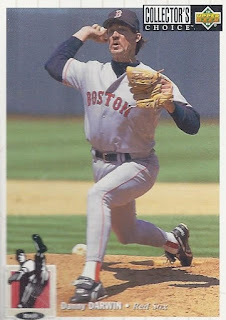 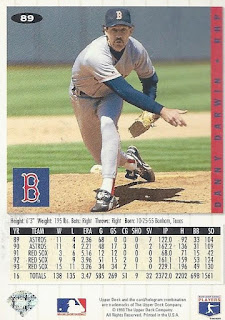 Back photo: The pitch.

Better photo?: Pretty much a draw, but if the back photo is a continuation of the first, that's a pretty cool draw.

Ties to my personal collections: Future Toronto Blue Jay for part of the 1995 season.

Wiki-facts: "Darwin was nicknamed "Doctor Death" by Houston Astros teammate Nolan Ryan because of how tough Darwin was and all the fights he had purportedly won."

Google it: His jersey was retired by his high school in Bonham, TX.