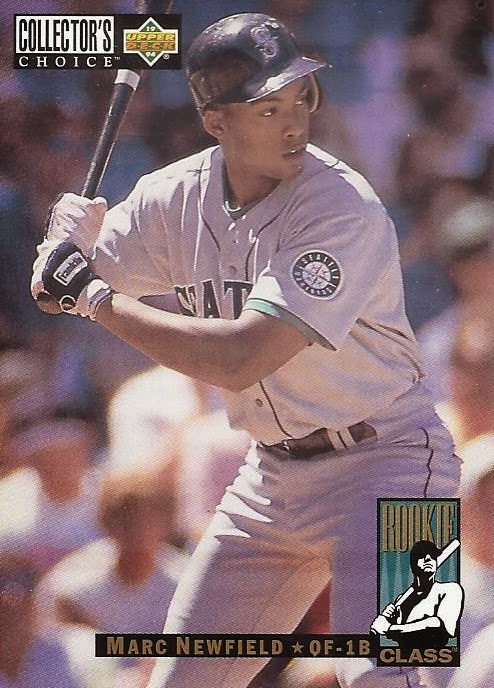 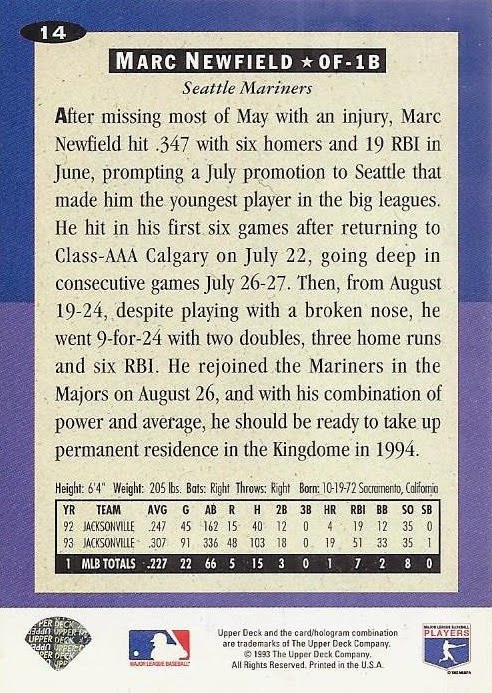 Front photo:  Another in-game photo, although this one could be from either spring training or a regular season game. The fans seem a little closer to the field than you'd expect in a big league game, so I'd wager on the former. Not too much money on it though.

Ties to my personal collections:  Nothing direct, as he never played for any of the teams I power collect. He was once part of a trade that sent Greg Vaughn from Milwaukee to San Diego. Greg's son Cory, is a prospect in the Mets system.

Paragraphs in wikipedia entry: 3, each at one sentence.

Birthday boy: October 19, 1972 is also the birthdate of former big leaguer Keith Foulke. Fromer Buffalo Bill Jason Bratton (1996 was his only season in the NFL) is another one born on the 19th. There do not appear to be any cards of Jason Bratton out there. Outside the sporting world, Pras of The Fugees was also born that date. 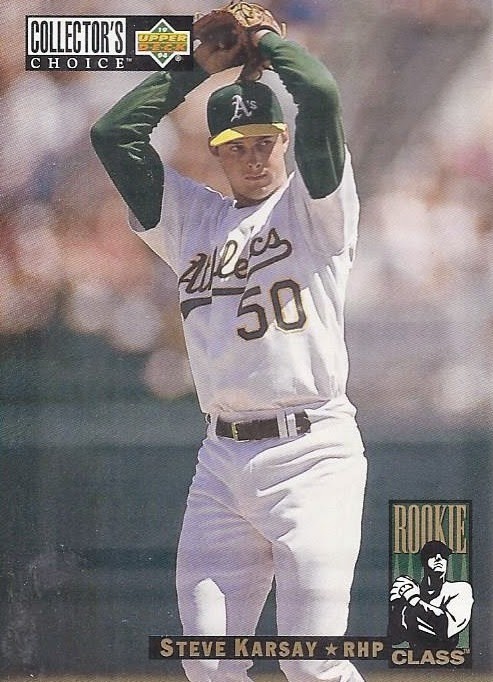 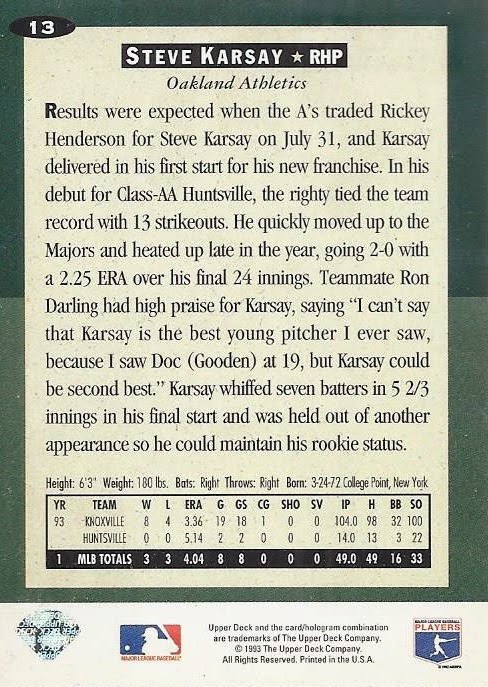 Front photo:  That sure looks like the Oakland Coliseum behind him! Along with #11 Mark Hutton, this is the second one in the set that really looks like it is from a big league game.

Ties to my personal collections: Was originally a Blue Jay - shipped west in the trade that brought Rickey Henderson to Toronto in 1993 for their post season run. It was a perfect example of a Rent-A-Player, as Rickey was back in Oakland for 1994. He was a very hyped player for the Jays, and did get some draft pick/prospect cards as a Blue Jay, but he never played for the big club, and made his major league debut with Oakland.

Wiki-facts: Was part of a three-pitcher effort to throw a perfect game in 2005 while playing for Frisco in the Texas League. The other pitchers who were a part of this, Scott Feldman and A.J. Murray, also spent time in the big leagues. Karsay is now a pitching coach in the Indians system.

Birthday boy: March 24, 1972 is also the birthdate of former big league reliever Jose Cabrera. Also born on that date was former Ottawa Senator Bruce Gardiner, another tie to one of my PCs. 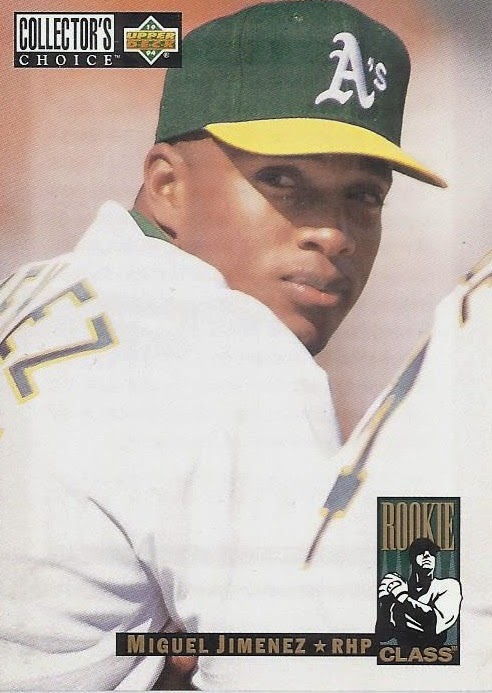 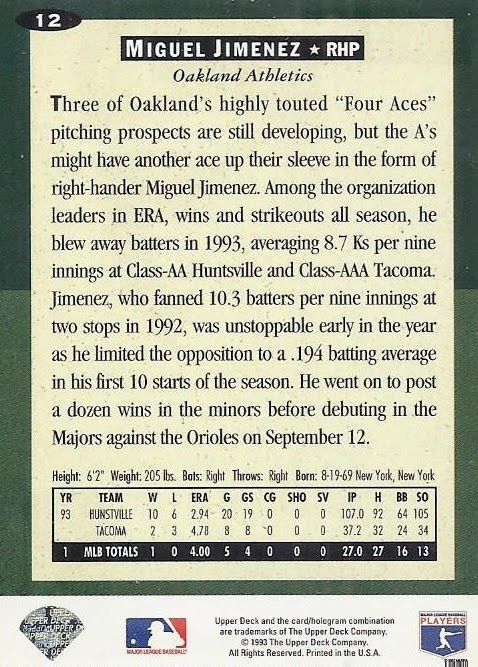 Front photo: As they would say in Wayne's World - Extreme Close Up!!

Ties to my personal collections: None, but was born the same date as former Met Matt Franco.

Wiki-facts: I'll just make it a direct quote from one of the two paragraphs. "Currently Miguel Jimenez is the commissioner for the Bring Your Game Fantasy Baseball League. The league is a pretigeous (sic) fantasy baseball league based out of Arizona. He is the manager/owner of the Bangers in said league. He currently holds two championships for said league.". And this is the first wiki fact so far that might have been added by the player himself. And yes, prestigious was spelled wrong.

Searching deeper: Googling his name, with quotes, is more likely to bring up golfer Miguel Angel Jimenez. I had to go 4 pages deep in order to find this one, which also included a "Did I get his name right?" moment.

Birthday boy: Born August 19, 1969. As said earlier, former Met Matt Franco was also born that date. Nobody else from the big 4 team sports, but actor Matthew Perry, rapper Nate Dogg and sportscaster Kirk Herbstreit (who was in the A&G 2012 set) were all born that date. Also, Ken Holtzman no-hit Atlanta on that date.

Posted by buckstorecards at 02:36 No comments: