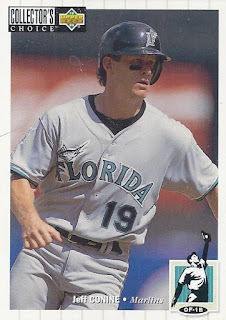 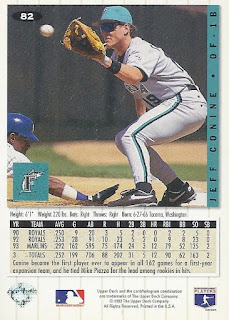 Better photo?: Neither one is that interesting. A dull draw.

Ties to my personal collections: Was a Met for a small run at the end of the 2007 season, but didn't appear to get any cards out of the deal.

Wiki-facts: "Griffin, his son, plays baseball at Duke University and was drafted by the Marlins in the 31st round of the 2015 MLB draft." That's actually a one-up on dad, who was a 58th rounder.

Google it: Looks like he, along with other Marlins employees, will run in 7 marathons in 7 days on 7 continents.