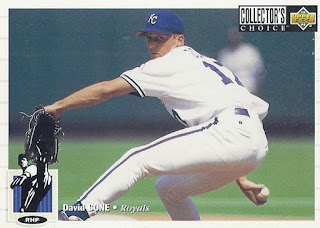 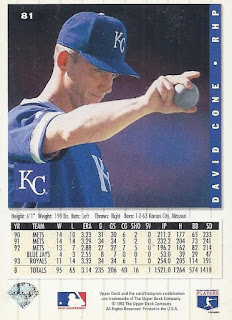 Back photo: Holding the ball

Better photo?: I love the front photo. Great usage of the horizontal design to show the full stretch. 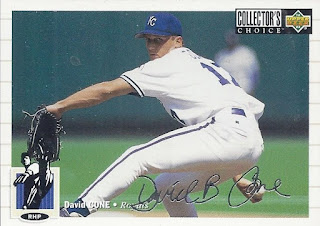 Ties to my personal collections: Played for both the Jays and Mets, having two separate stints with both teams.

Paragraphs in wikipedia entry: 30 (his perfect game is a separate article)

Wiki-facts: "He attended Rockhurst High School, a Jesuit school, where he played quarterback on the football team, leading them to the district championship."

Google it: On the first page is a link that alludes to some of his 80s hijinx.

Birthday boy:  January 2, 1963. He shares it with another really good player in Edgar Martinez. The only other person across the *-reference world is Neal Coulter, who played a handful of games for the Islanders in the 80s.