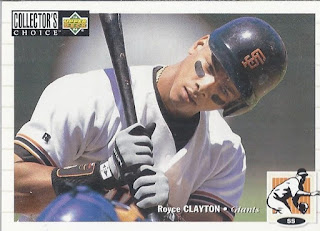 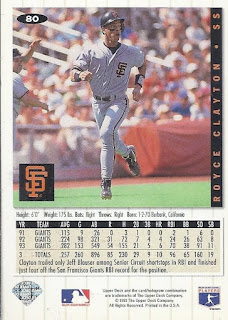 Front photo: Seems to be staring back in disbelief at a call.

Back photo: Being waved home, but doesn't appear to be in a hurry.

Better photo?: The rear photo is nice that includes the coach waving him home at the side, and that gives it the slight edge over the closely-cropped front pic.

Ties to my personal collections: Played part of the 2007 season in Toronto. Got several photoshop special cards, although his Upper Deck card does look like it is a legit photo of him on the team. He finished that season with a handful of games in Boston, and got a World Series ring out of it.

Google it: Wanna buy his house?