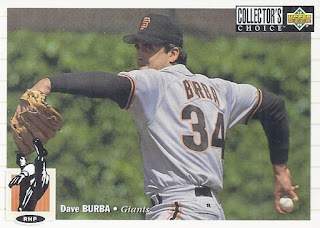 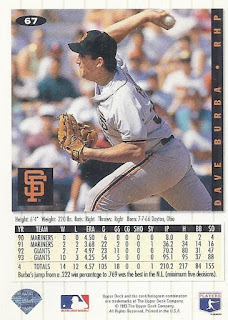 Better photo?: Hard to go against any appearance of the Wrigley ivy. I didn't even need to change the sentence from my previous post. Back to back ivy appearances. 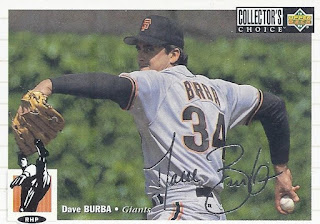 Wiki-facts: "He is currently the pitching coach for the Hartford Yard Goats."

Google it: More minor league stuff, this time as an Ohio State article that focuses on his coaching time with the Tri-City Dust Devils.

Birthday boy: July 7, 1966. Jeff Shaw, who would be a teammate with Burba for 1996 and 1997 with the Reds was also born that date. Jack Capuano, who played 1, 3 and 2 games for the Leafs, Canucks and Bruins respectively was born that date as well. In the NBA, Tom Garrick, who spent most of his time with the Clippers during the late 80s/early 90s is a perfect match. For the NFL, you have one game QB Jeff Francis (Cleveland). First time in a bit (if ever) I've gotten perfect matches across the board on *-reference. Outside the sporting world, you have comedian Jim Gaffigan.

Edit: He is the first one to get a match across all four of the sites.

Up Next: Jeromy Burnitz
Posted by buckstorecards at 10:13