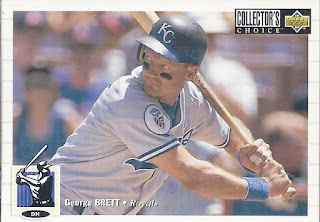 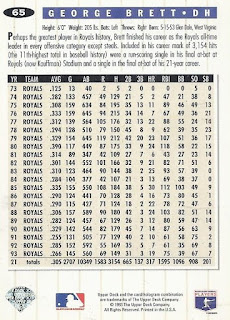 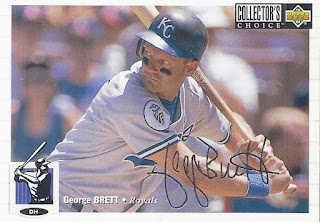 Ties to my personal collections: George owns the Spokane Chiefs of the Western Hockey League. I have several hits of one of their alumni, Jared Cowan, in my Senators collection.

Wiki-facts: "George Brett is credited with making the term The Mendoza Line popular."

Birthday boy: May 15, 1953. No baseball birthdays, but the next May 15th birthday boy would join George in the Hall of Fame (1967, John Smoltz). NHLer Pat Hickey was born that date, and outside the sporting world, musician Mike Oldfield was also born 5/15/53.

Up Next: Steve Buechele
Posted by buckstorecards at 18:49