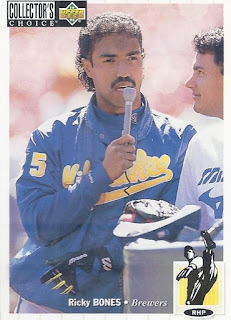 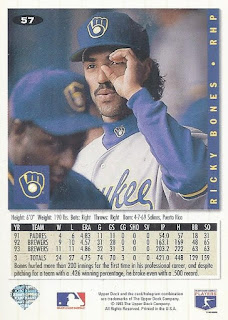 Back photo: Playing with his invisible telescope.

Better photo?: The invisible telescope is rarer than the interview shot. So there's that. Of note, he's the first Brewer I've posted in this set. 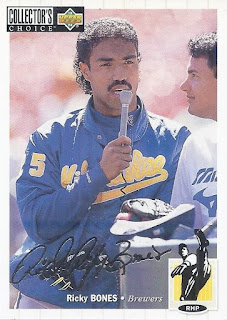 Ties to my personal collections: Current bullpen coach for the Mets.

Wiki-facts: His last name is pronounced Bow (as it bow and arrow) ness.. Imagine my disappointment back in the day when I learned it wasn't pronounced like you would in skull & crossbones.

Google it: The 4th result is for something called "Hideous Ballplayer Week".

Birthday boy: April 7, 1969. In another tie to my PC, original Ottawa Senator Rob Murphy was also born that date. NFL veteran Ricky Watters was born that day as well, as was former Pro-Wrestler Darren Drozdov. Wikipedia also lists April 7, 1969 as the symbolic birthday of the Internet.