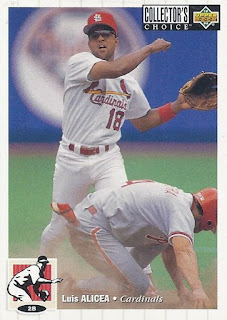 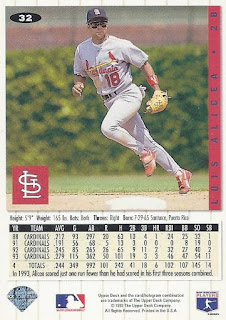 Back photo: Just a standard shot from the field.

Better photo?: While the back does include the Wrigley ivy, it is hard to vote against the double play flip, even if it isn't as urgent a throw as most.

Ties to my personal collections: A future Met! Albeit as a coach during the 2009

Google it: He's now the Executive Director of the Elev8 Baseball Academy. Former Boston Red Sox member Alejandro Machado is also on the staff. Machado also had a cup of coffee with the Mets, as per his bio at the Elev8 site.

Birthday boy: July 29, 1965. Only people on the *-reference are a a pair of NFLers with 4 games between them, Scott Urch and Ray Brown. .