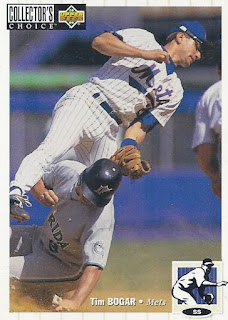 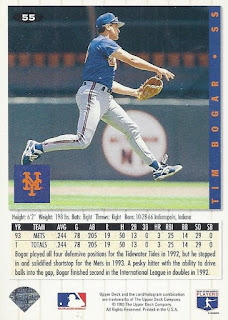 Front photo: A tangled up mess at second on what appears to be turning two.

Back photo: Passing the ball along.

Better photo?: While the front photo is more Collectors Choice-y, that back of the card pic where neither of the player's feet are touching the ground is kinda interesting as well. In fact, neither foot might be touching in the front photo as well. While that might be common for basketball, that can't be true for baseball. The back photo seems more unique, so that will be the deciding factor. 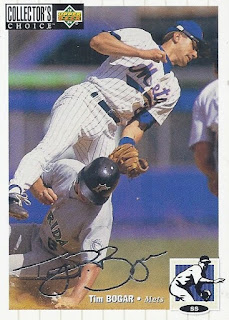 Parallel: Silver signature. Looks like his middle initial is P. Wikipedia says it stands for Paul.

Ties to my personal collections: He's a Met.

Wiki-facts: He's now the bench coach for the Mariners.

Google it: The third result expresses regret that Tim was only named the bench coach as opposed to manager.