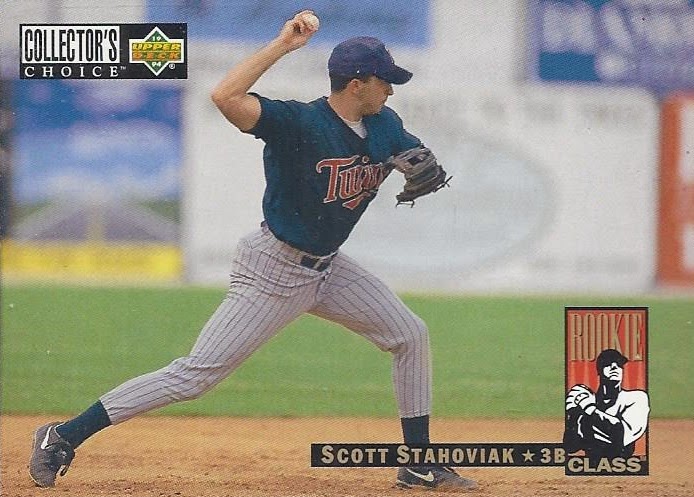 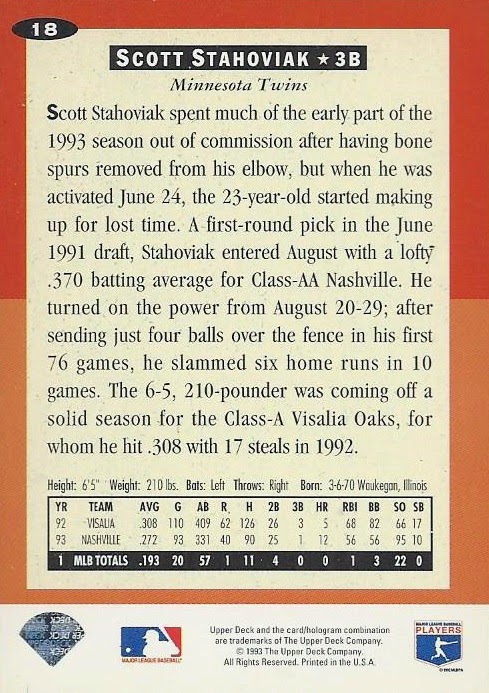 Front photo: Definitely spring training, but not enough visible to determine if it is just practice or during an actual game.

Ties to my personal collections: Nothing direct as he spent his entire career with the Twins. Shares a birthday with former Toronto Raptor Dwight Buycks.

Wiki-facts: "He taught as a gym teacher at Saint Norbert School in Northbrook, IL. He resigned in 2008 to pursue a new career.  He now teaches Physical Education at Maple Middle School." That was one of the 3 paragraphs.

How was his strike-shortened 1994? Played exactly as many major league games as I did.