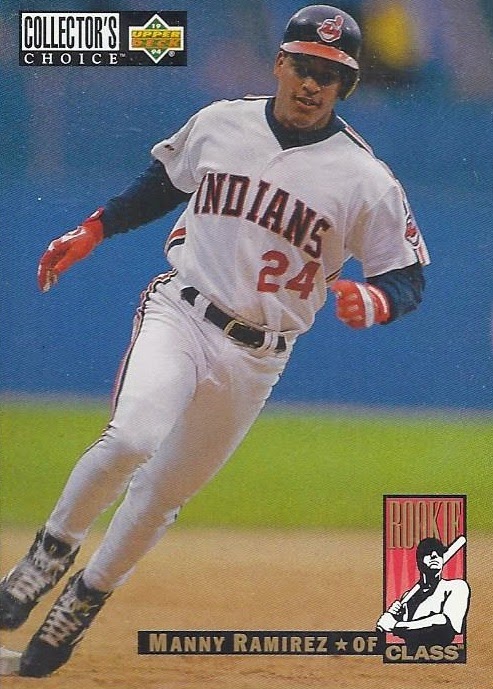 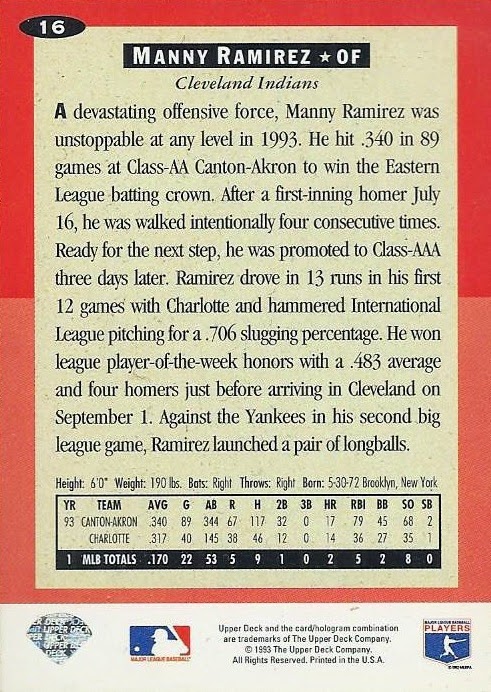 Front photo: A nice in game photo from a home game, with the old Cleveland Stadium's blue walls in the background.

Ties to my personal collections: Nothing direct, but was part of a three-team trade that sent CanCon collection member Jason Bay to Boston. Might be the only person in the set with a regular base card last year as an active player, making an appearance in Topps Heritage Minor League as a player/coach with the Iowa Cubs. Shares a birthday with former Blue Jay Scott Eyre.

Wiki-facts:Full name is Manuel Arístides Ramírez Onelcida. Was a fan of the Toronto Blue Jays as a youngster.

How was his strike-shortened 1994? One of the better ones so far among the rookies, as he finished 2nd in the AL ROY balloting behind Bob Hamelin. Batted .269 with 17 HR and 60 RBI.

Birthday boy: May 30, 1972. Only other MLBer to be born that date was Scott Eyre. In the NFL, there were Anthony Cook and Allen Aldridge. It was also the day of the Lod Airport Massacre.