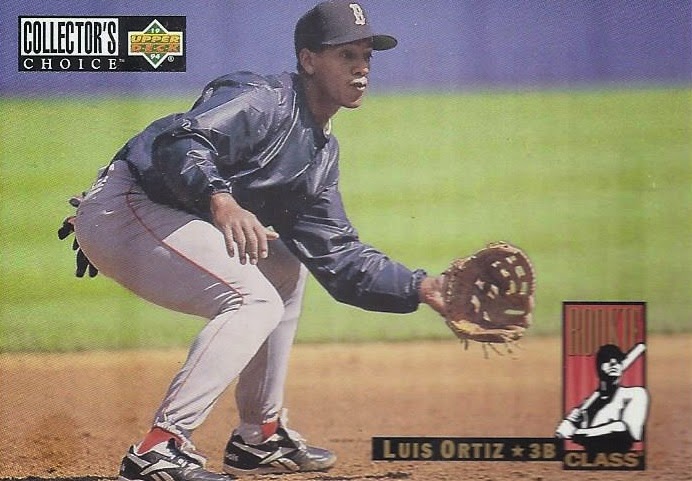 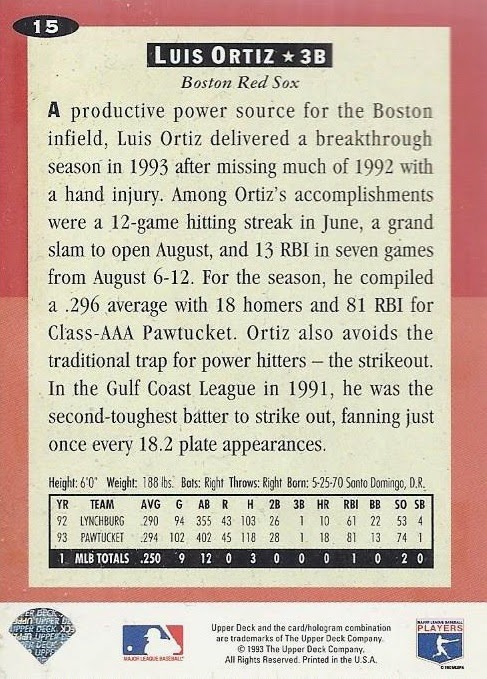 Front photo: Not in game, obviously, but it is kinda nice to see those tarp like jackets make an appearance.

Ties to my personal collections: Nothing direct. Was part of a trade in which the others involved were future Blue Jays (and an Expo) Otis Nixon and Jose Canseco. Said trade sent Ortiz to the Rangers. Also shares an exact birthday with an Expos alumni in Joey Eischen. Would also end up in the Expos system, although without reaching the big club, later in his career.

Wiki-facts: Has a book on hitting available. He's currently in the Padres system as the field and hitting coordinator.

Birthday boy:  May 25, 1970. The aforementioned Joey Eischen is the only one from the big 4 sports born that date. Oscar-winning actress Octavia Spencer (The Help) and comedian Jamie Kennedy were also born that date.