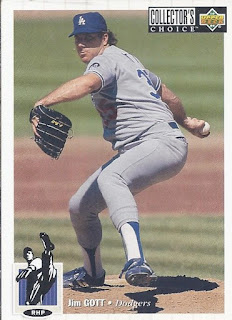 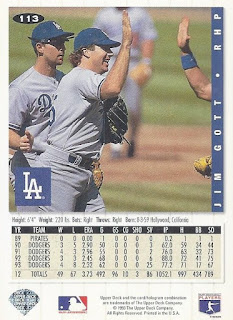 Back photo: Celebrating, likely one of his 25 saves.

Better photo?: The back.

Wiki-facts: "Gott taught Dennis Quaid to pitch for his portrayal of Jim Morris in the 2002 film The Rookie."

Google it: He's now the bullpen coach for the Phillies.